Haney retained his WBC lightweight title and added three more from the weight class after his unanimous points decision over Australian George Kambosos.

The 23-year-old American won three of the first four rounds and was well ahead at the halfway point of the 12-round bout to become undisputed champion in the lightweight division.

Haney, who proved to be the better technical fighter before a crowd of 41,129 at the covered Marvel Stadium in Melbourne, now has an undefeated record of 28-0 with 15 KOs. 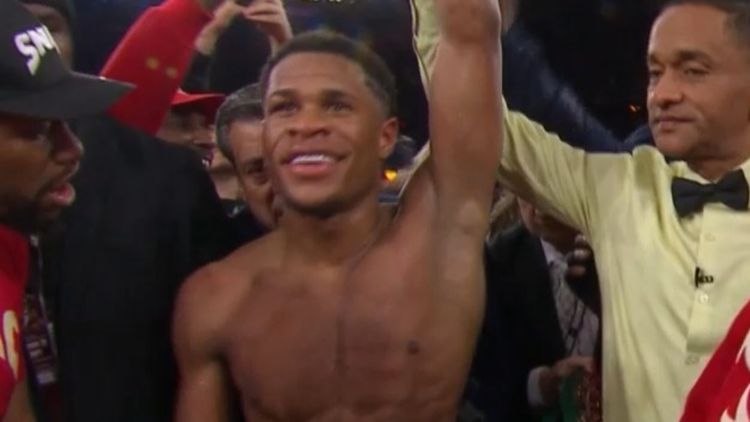 “I was comfortable, just sticking to the game plan,” Haney said. “The game plan was to hit and not get hit. I fought a good smart fight. He couldn’t hit me with either of his best shots.”

Haney praised the U.S.-based Kambosos, who was fighting for the first time in his native Australia in five years.

“I take my hat off to him, he’s a true warrior. Even though he got disrespectful, I stayed a gentleman,” Haney said. “A lot of these so-called champions wouldn’t give me my shot, but George has.”

Kambosos, 28, held the WBO, WBA, and IBF lightweight titles heading into the fight, and those now belong to Haney.

Kambosos’ unbeaten pro career record has ended — he’s 20-1 with 10 KOs. Kambosos won all three of his world titles when he beat Teofimo Lopez in 2019. 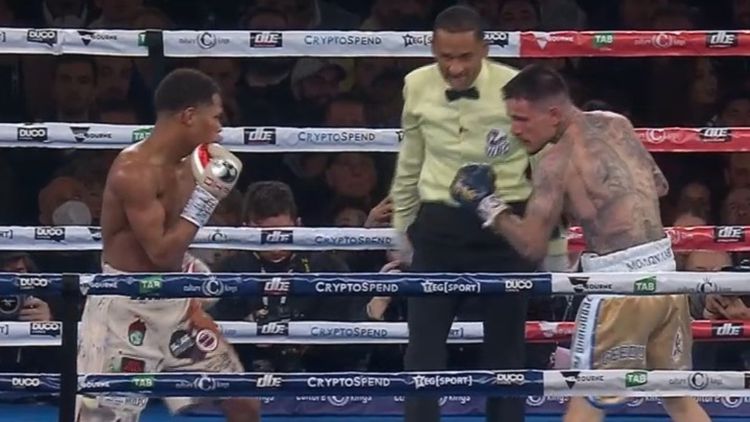 “It’s amazing for the sport and the country,” Kambosos said after handing over his belts to Haney. “I wanted to take the hardest test and I will give him full respect after his victory. Let him have his time.”

While Kambosos landed the heavier blows throughout the 12-round contest, Haney peppered the home hope with left jabs to win over the judges.

“I thought the fight was very close,” Kambosos said. “He boxed his game, he moved. He didn’t want to come to fight too much but that’s his game.”

Kambosos suggested a rematch might be in the plans.

“I’m going to change a few things and get him back later this year,” Kambosos said. “I take the risk, not many wanted to fight him but I gave him a shot and I’m sure we will do it again.”